On this episode of Ask The Coaches, with Lucho and guest coach/host Brock Armstrong we answer the following listener questions:

– The study that Lucho was talking about: Sprint and endurance power and ageing: an analysis of master athletic world records

I am training for a hilly 10k in 1 month and have been using the stairmill machine for cross training once or twice a week. My goal is sub 46 minutes.

I ran a 5k recently on the course that I will be racing on and I completed it in 22:49 which was an all-out effort (I collapsed at the end).

Since that, I switched to doing intervals on the stairmill (8 x 1 minute at 160spm with 1-minute recoveries at 80 spm). I am hoping this will help my vo2 max. I find this shorter workout significantly more mentally and physically challenging so am hoping it will translate to better fitness for those hills. However, I read online that it is bad for your joints and that it’s cheating to run on the stairmill. At 160 spm I feel like I have to run up the steps rather than fast walk. Is this ok or am I negating the benefits of the stairmill by running rather than speed walking up? Also is this interval-based approach more effective for building fitness than doing a long and steady progression?

Thank you for reading my long question!

The coaches say:
– Stairs are definitely less efficient than running so you use more energy.
– Studies into whether they were as effective as treadmill or track workouts showed that they were.
– Mixing it up is always a good idea but you need sport specific workouts too.
– If you have weaknesses or instability in ankle, knee or hip, stairs are going to exacerbate that.
– Lucho likes stairmaster rather than stairmill.
– Getting out on a hill would be best!

Hi Guys. I’m a running and triathlon coach, helping one of my customers train for the Vermont 100 in late July. He is 56 years old, has been using the MAF method since December, and we’ve seen big gains with his aerobic fitness. He’s now up to 3 and 5 hour long runs on Saturdays and Sundays and setting himself up for an awesome 100 miler.

Here is our question: During these long runs, and on race day, what is the appropriate time or distance to stop paying attention to heart rate and start running by feel?

The coaches say:
– What you are describing is known as Cardiac Creep or Cardiac Drift.
– Role of the HR monitor is as an external governor to keep you under control.
– Running by RPE is generally best for racing – after the point the athlete is out of the “window of risk” of going too hard.
– Use heart rate to prevent a mistake.

How does one estimate current marathon capability and set a realistic goal from data gathered from a recent VO2Max run test?

Test conducted on a treadmill at 1% grade. Started at 6.5 MPH increasing .5 mph every 2 minutes. Pooped out at 15 Minutes could only sustain 10 MPH for 1 minute. Test was preceded by thorough 15-minute warm-up and 5-minute recovery before test.

10 years ago my VO2Max was measured at essentially the same level, but I could run much faster then. In the last 10 Years, my 5K Times have slowed by 15%. I’ve been an active athlete for 45 years – Skiing at international level in teenage years to mid 20’s. Then local age group runner from 30s to present 61 years old.

The Exercise Physio Conducting the Test said my neuro-muscular system way underperforms my energy system as I had trouble running at the higher speeds. They advised that this particular test probably underestimated my Max HR and VO2Max. Using a more standard protocol of holding the speed steady and increasing the incline would probably recruit more muscle fibers and result in higher Max HR, VO2max and much higher Lactate Levels.

They suggested I compete at cycling instead of running as biking has less dynamic requirements compared to running. Probably due to ageing I have lost a lot of dynamic elasticity (spring) in connective tissues.

Thanks for the informative show.

The coaches say:
– Check out this article about the VO2 Max myth – http://www.time-to-run.com/theabc/vo2.htm
– 6 to 9 seconds on max efforts.
– Run for 30 meters and then sprint for 20 meters.
– Overspeed training.
– Threshold work. Build that lactate up and bask in it!
– Your marathon time correlates to aerobic threshold = 3:10 marathon.

Love your podcast and can’t get enough of it. Lots of talk about different type of nutrition helping athletes to fuel better, but I think a big problem for some people is the rate glycogen store replenishment.

I have a theory that my body is not able to replenish the glycogen I used up and not able to maintain the pace after 3 to 4 hours into the events. I came across this topic and hope you can include it into one of the next shows, I.e https://youtu.be/eYb6_w5nusc

The coaches say:
– You can’t replace it all but you can minimize the deficit.
– Fuel early and fuel often.
– Being at least a little fat adapted can help with this.
– Nutritional Response Testing does not seem useful but it is good for a giggle. 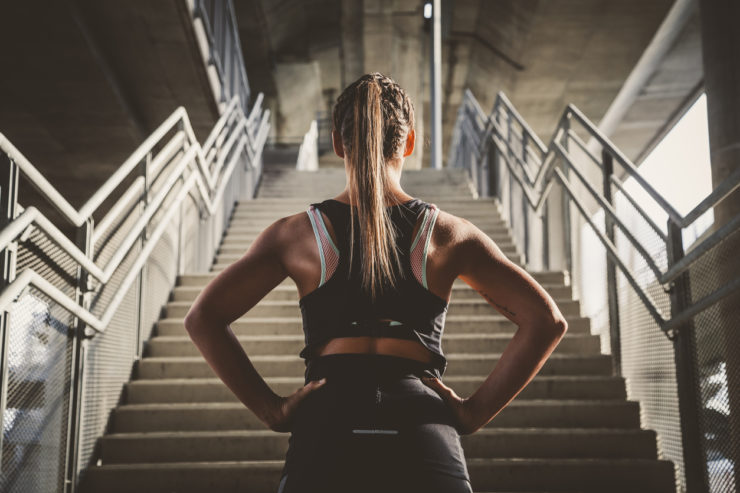