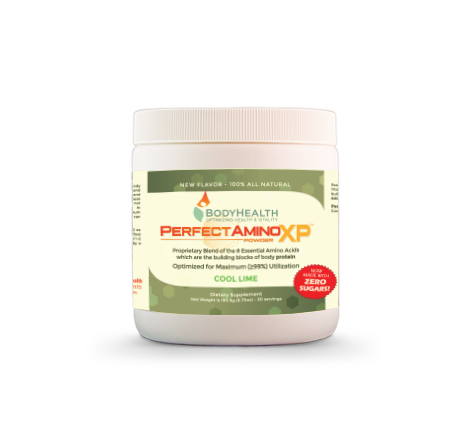 Get your hands on the athlete’s secret weapon, PerfectAmino, which comes in powder or pill-form, and features all the essential amino acids in the exact ratios needed to ensure proper protein synthesis in the body. BodyHealth, the makers of Perfect Amino, also offers well-formulated natural vitamins and supplements to meet your other needs including their Body Detox, Healthy Sleep Ultra, Intestinal Cleanse, weight loss aids, and more.

In this episode of Ask the Coaches with Brock Armstrong and Lucho, we answer these audience questions:

Hello, I’m from the midwest and have been an endurance athlete for 10 years. I’ve been racing Xterra (off-road triathlons) for the last three years.

For 2018, I qualified for the Xterra World Championships in Maui. After reviewing the course online, there are some unique terrain challenges that will be difficult to simulate in the midwest.

The race is at the end of October. I will prepare for about 14-weeks. I usually spend around 15-hours per week training, including weight training days.

So a couple questions:

Ocean swim…
I’m comfortable in the ocean and waves, but I’ve never “raced” in the ocean. Any tips on how to prepare for an ocean swim while only having access to a pool and occasional open water lake swim? Tricks for spotting or breathing with waves?

Bike…
Maui features almost 3,000 feet of climbing with long continuous climbs that will take more than 30-minutes. In the Midwest, our longest climbs are 200-300 feet that take 3-5 minutes. I’m currently planning for at least 4 rides per week with 3 on a road bike and 1 longer mountain bike. How can I prepare for so much climbing when I only have access to small hills? Should I ride more volume, hill repeats, intervals, all of the above?

Run…
Similar to the bike, Maui has 1,200 feet of run climbing. Training recommendations?

Power-to-Weight…
I’m pretty lean 5’8″ and 155-lbs. I’d like to shave off 3-5 lbs right before the race. I already eat very healthily. How do elite racers (especially cyclists) shave off weight while still putting in large training volumes that require thousands of calories per day?

The coaches say:
– Get into big groups of swimmers and get used to it.
– Dive under waves on the way out and ride waves on the way in.
– Use that hill as much as possible on the bike and run.
– Push big gears before the hill and on the hill to make it “longer”
– Train for running the downhill more than the uphill.
– Don’t lose the weight too close to the race (if at all).

I’m a soon to be a 38-year-old male, with competitive triathlon aspirations. My goal is to snag a Kona spot as I move up into the 40-44 age group. I recently raced Ironman Boulder and had a reality check when I hit the run. My projected 8:45 pace turned into a 10:00 something pace. My swim was was slightly faster than projected and I was about 15 minutes slower on the bike, which I attribute to some heavy wind. But I just blew up on the run, it was a hot day 95° and I also left my nutrition behind so I had to improvise on the course. 18th in AG finishing at 11:12:50. (10:13:00 was my goal)

I’ve been working a lot on my run, and have even been PRing on some early season 5k and 10k races. I also and an incredible run at 70.3 St. George running my fastest half ever even with the hills! However, I feel that I’m lacking the structure to gain the speed and endurance I need. I would love to hear your thought on what I can do to improve.

My run volume leading up to Ironman was 30-40 miles a week (hitting 50 one week) but I tend to default to a MAF style run especially for the long runs. I did a reverse periodization type plan this year with strides with most of the “speed work” in the winter.

I also have Ironman Arizona scheduled for November this year but am considering deferring till next year so I can focus more of next season on that race. But wanted feedback to see if maybe another race this year might be beneficial.

Would love to hear what you guys think.

The coaches say:
– Don’t defer to next year – you need the practice.
– Get some structure in your run training. You need to be faster.
– You probably cooked yourself on the bike in Boulder – you need to learn to adjust effort based on the day.
– It takes about 5 years to get good at triathlon.

Hi! I’m a 59-year-old female athlete. I’ve been doing triathlons for about 35 years now, although these days I concentrate mostly on running except for during the summer when I do more biking and swimming so I can compete in Olympic triathlons.

Several times now I’ve had an experience during a race that when I get off the bike I can’t bend over to put on my shoes. I get severe cramps in both my quads and abdomen. I found that if I force it then it takes some time for the cramps to go away. Once I get my shoes on and get moving for the run, I’m fine. At the race on June 16th, I wasted almost an extra minute in transition, since once I finally got the shoes on (it was very difficult bending over), I had to stand there another 30 seconds till the cramps let go.

This happened recently in the first race of a series I’m doing this summer. I’m a decent swimmer and biker and average runner. The bike was 25 miles on rolling terrain. I averaged 20.6 mph which was pushing fairly hard for me, but not anything I’m not used to doing. I probably passed about 50 people on the bike, and only had about 5 or 6 people pass me. (I was first of my age group on the swim, second on the bike. I finished 2nd overall in my age group.)

The day of the triathlon it was pretty hot (upper 80’s – this was in Jacksonville, FL), but I was most definitely well hydrated (I had to pee three times before the race started). I had my usual peanut butter and jelly on whole wheat with coffee to drink for breakfast with 3 hours to digest it. About 30 minutes prior to the race I ate a small homemade energy ball (nuts, oats, fruit, salt, etc). During the bike I drink watered down Gatorade.

I try to do a brick at least once a week, running about 1 to 2 miles after a 25-mile bike ride. I should probably do longer rides, but I don’t have the time. I compensate by making the rides fairly hard, throwing in sprints here and there. I never have the cramping during training though – it’s only happened when I race hard. Any ideas?

The coaches say:
– Likely a Psoas issue.
– Need to do some longer harder efforts to prepare rather than throwing in hard efforts occasionally.
– Strengthen psoas and abs.
– Not likely an issue with fuel or hydration. 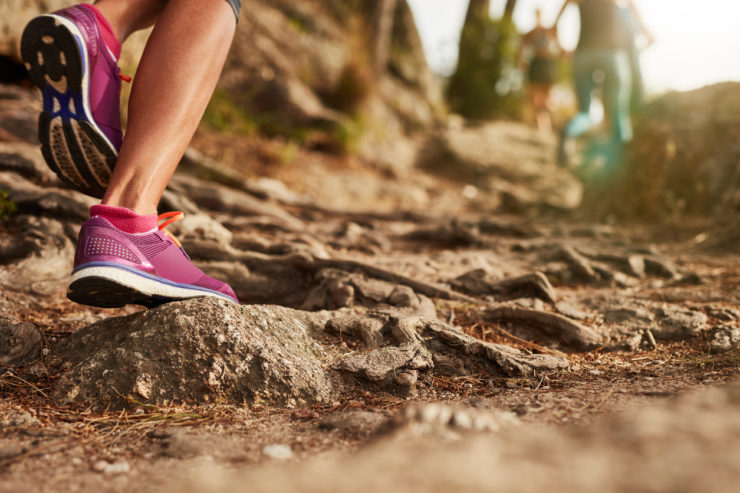