Endurance Planet is the premiere online destination for health-conscious endurance athletes who want to perform optimally in sport and take care of their bodies. If you’re a triathlete, runner, cyclist, swimmer, obstacle racer, adventure racer or all of the above then tune in for cutting-edge sports science, inspiration, and an education to fuel your journey. We also love to answer your questions on one of our various specials (e.g. Ask the Coaches, Ask the Doctor, Holistic Performance Nutrition, and more), and you can submit inquiries to questions@enduranceplanet.com. For sponsorship opportunities or general inquiries, contact us at admin@enduranceplanet.com.

The Voices & Faces of Endurance Planet 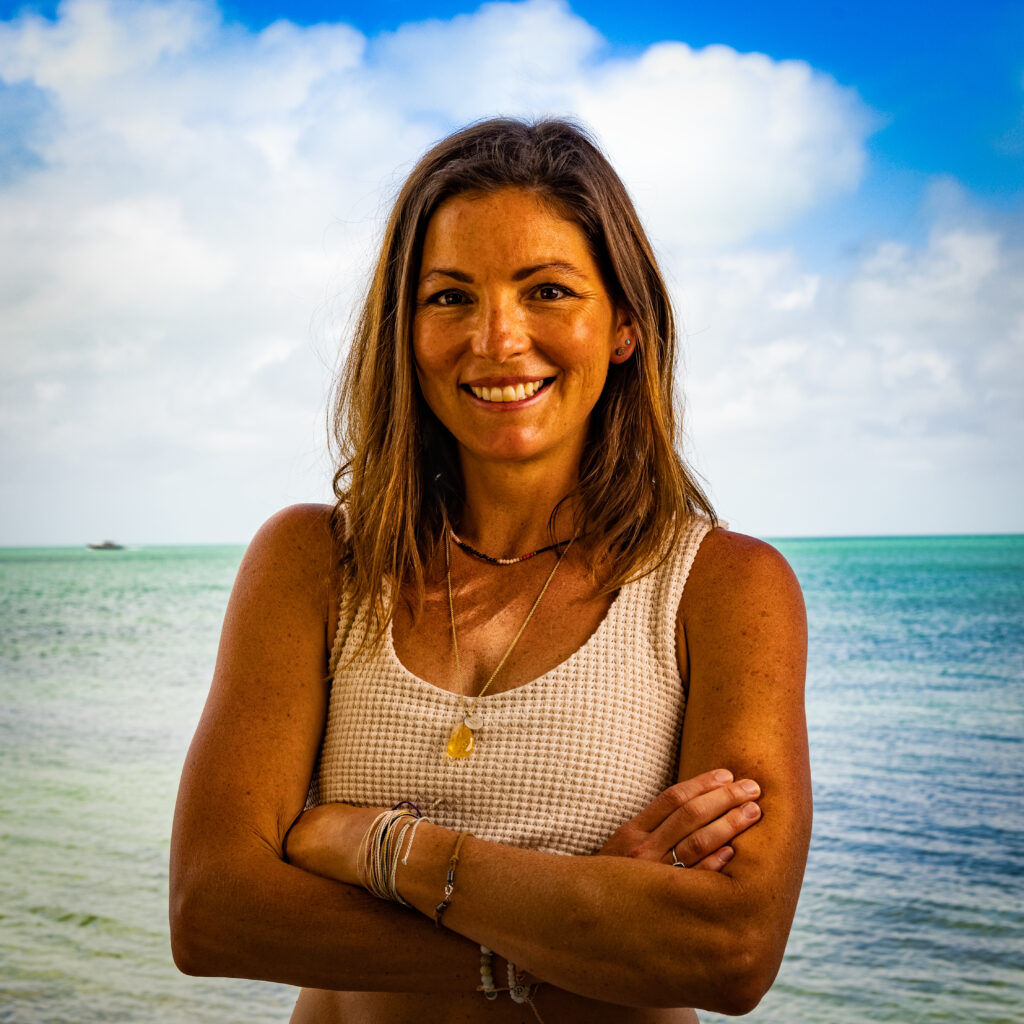 Tawnee Prazak Gibson, MS, CSCS, CISSN, is a holistic health and endurance sports coach, mother, multisport athlete, writer, speaker, and the host and co-owner of Endurance Planet. She has a master’s degree in exercise science, a bachelor’s in journalism, is a certified sports nutritionist (CISSN-ISSN), and certified strength and conditioning coach (CSCS-NSCA).

She’s been involved in the endurance world for more than a decade (racing, coaching, researching…), and is considered one of today’s leading experts in the field of endurance training, racing, strength training, sports nutrition and athlete wellness. When not podcasting, Tawnee coaches and consults with triathletes, runners and endurance athletes around the globe, using holistic methods to optimize performance and to prevent the “fit but unhealthy” syndrome. Find out more at CoachTawnee.com.

Tawnee became an athlete early on in life and ultimately gravitated to triathlon and running in her early 20s. She quickly moved up the ranks as a top-rated amateur triathlete with dozens of age-group wins and podium finishes, racing everything from sprint to 70.3s and Ironman. In less than a decade she had qualified for the Ironman 70.3 World Championships multiple times as well as the Boston Marathon. She also enjoys competitive trail running, mountain biking and stand-up paddleboarding, as well as recreational backpacking, yoga, SCUBA diving, rowing, surfing, kettlebell training/heavy strength training, snowboarding and more.

Like many female athletes, Tawnee faced her share of health struggles behind the scenes. For 10 years she suffered from hypothalamic amenorrhea (HA) and disordered eating. During this time she also suffered from gut dysbiosis, HPA axis dysfunction, subclinical hypothyroidism, and the onset of autoimmunity. Ultimately, Tawnee adopted a functional health approach to heal her body and regain optimal health and hormones, and with patience+persistence+lifestyle tweaks she achieved immense success. Her greatest joy in life was then becoming a mother (after years of wondering if that would ever be possible), and these days she takes a “fit for life” approach while focusing on raising her daughter, traveling (vanlife!), nourishing her family with nutrient-dense meals, and spending time in nature.

These are Endurance Planet’s “in-house” experts who bring a wealth of knowledge to the podcast on a variety of topics relating to endurance sports, health, sports nutrition, diet and overall wellness:

Tim Waggoner, AKA “Lucho,” the expert voice of “Ask The Coaches” (ATC).

Tim “Lucho” Waggoner, formerly Luchinske, resides in the mountains of Colorado just outside Boulder and is a highly sought-after endurance coach. On Endurance Planet he’s the vastly popular expert and co-host on “Ask the Coaches” (ATC) show. His experience in sport as both a professional triathlete and elite ultrarunner brings an incredible wealth of knowledge to the show.

Lucho started running at the age of 10 and went on to multiple Kansas state track and field championships and was a two time All-American in college. He decided to drop out after two years and travel eventually settling in the U.S. Virgin Islands where he lived for four years. Tired of the party lifestyle, he quit smoking and entered his first triathlon and placed third. Fast forward, and four years later he placed 16th overall at the Ironman World Championships in Kona, Hawaii, and was the top amateur.

After 15 Ironmans and beginning a family, Lucho switched to running. He ran 2:41 in his first marathon and then 2:30 in his second. Eventually, Lucho and his wife moved up to 8,200ft altitude in the mountains, and this led him to try ultrarunning. In his first race, a 50-mile trail race, he won and broke the course record. He then went on to place 6th at the Leadville 100—his 4th ever ultra. To top it off, Lucho was the overall winner of the Leadman series in 2012, which includes all of the Leadville races. He now spends most his time raising his two sons, coaching athletes, and training for master’s track & field racing.

He also (sometimes) has a badass beard and occasionally blogs words of wisdom at joghard.blogspot.com. 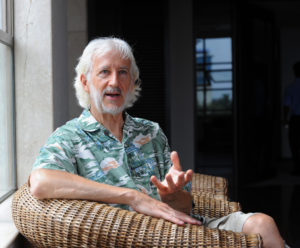 Dr. Phil Maffetone is the founder of the popular MAF Method that EP fans love.

Dr. Philip Maffetone has been an innovator in the field of natural and complementary medicine for more than four decades. He is the creator of the MAF Method and founder of MAFF Fitness.

His original credo of “Everyone is an Athlete” has helped people from all walks of life achieve optimal health, fitness and human performance, and his work as an athlete consultant and coach has helped many professional and Olympic athletes achieve greatness in a variety of sports.

MAF, which stands for maximum aerobic function, integrates healthy food, balanced exercise, and the regulation of physical, biochemical and mental-emotional stress to tap into the human body’s inherent capacity for optimal performance on all levels.

Dr. Maffetone has also worked with a variety of people in the entertainment field, including musicians James Taylor, Johnny Cash, The Red Hot Chili Peppers, and music producer Rick Rubin. He also helped provide a system of success for some of the world’s top business executives and the U.S. military.

An internationally-acclaimed author, Dr. Maffetone’s Big Book of Health and Fitness serves as a bible for the healthy and active lifestyle. He’s written more than 20 other books as well, including the first on heart-rate monitoring in the early 1980s, and the first on the benefits of being barefoot in the 1990s.

Dr. Maffetone is schooled in the fields of human biology, kinesiology, physiotherapy and Chinese medicine, and he is an internationally recognized expert in the fields of food and nutrition, exercise and sports, biofeedback, and more.

His research has been published in scientific and medical journals, referenced by other scientists and clinicians, and reported in newspapers, magazines and other media around the world, including Huffington Post, The Today Show, Men’s Health, CNN, Readers Digest and The Atlantic magazine. His textbook, Complementary Sports Medicine is published in four languages, and his pioneering Manual Biofeedback video course in five languages.

Dr. Maffetone was presented with the prestigious Statuette award by the International Academy for Child Brain Development in 2003. He was named Triathlete Magazine’s coach of the year in 1995, and in 2000 he was honored by Inside Triathlon magazine as one of the top-20 most influential people in endurance sports worldwide. 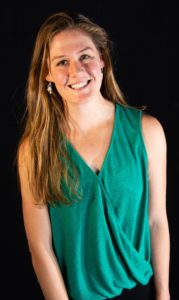 Julie McCloskey is a Registered Holistic Nutrition Coach (RHN) based out of Missoula, MT, who is the featured expert on our Holistic Performance Nutrition podcast series.

Julie McCloskey is a Registered Holistic Nutrition Coach (RHN) based out of Missoula, MT. After living in upstate New York through college, she moved out West and fell in love with the mountain life. She studied Holistic Nutrition in Vancouver, BC, and now runs her own Nutrition Coaching Business, Wild and Well. Specializing in gut health, inflammation, and hormones, Julie’s passion is helping people regain balance, increase energy, and optimize daily performance through nutrition and lifestyle strategies.

An athlete and competitor since an early age, Julie was ‘that girl’ on the all-boys teams. She played basketball and ran cross-country and track, but soccer was always her love. At the collegiate level, she played soccer and ran track while obtaining her BS in Marketing. After college, Julie began to run longer distances, thus inspiring a curiosity for performance nutrition and recovery tactics. She moved to Jackson Hole where she fell in love with trail running and road biking. Julie races every so often, always drawn to the dirt paths that go straight up, but is 100% intrinsically motivated by the connection with nature and passion to push limits. Over a few years, and with the guidance of many podcasts and books, she slowly moved from junk food to real food, and her interest in nutrition became so deep that she packed up her stuff and moved to Vancouver to study Holistic Nutrition full-time.

Julie’s greatest endurance feat was thru-hiking the Pacific Crest Trail in 2016, which entailed 5 months of hiking 25-35 miles a day for a total of 2,650 miles on the trail that goes from Mexico to Canada. The PCT took its toll and Julie’s still on her own health-recovery journey, which she openly talks about on the podcast. 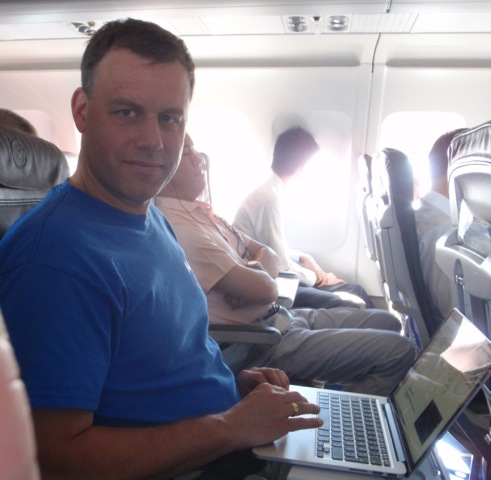 Tune in to TriNews to hear Thorsten and his expert stats on professional Ironman racing!

Thorsten Radde is a triathlon statistician who can be heard on EP’s “Tri News” show, where he gives the latest triathlon news updates, pro stats and race predictions (and he is pretty darn good at it; we say he’s the best in the business). Thorsten is also a German age-group triathlete and runner. He got started out of fascination for professional Ironman-distance racing. He now regularly collects and analyzes professional Ironman-distance results, allowing him to rate courses and athletes. On his website TriRating.com he posts his assessment of the field for upcoming races and an analysis of the actual performances, in addition to in-depth analysis and opinion pieces on Ironman racing.

Thorsten writes free Rating Reports at the end of each season and before Kona, containing tons of data and information on Professional athletes. He also authors the “KPR Observer” with information about the Kona Points Ranking (KPR) and ongoing updates during the season on which athletes are in a good position to qualify. The PTO teamed up with him for the “PTO World Rankings” and he’s a regular contributor to Triathlon magazines worldwide. 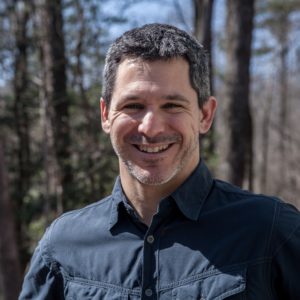 Steve, the Sock Doc, is the guy who will give you the tools to move well, perform well and live well.

Dr. Steve Gangemi “Sock Doc” is a chiropractic physician and clinical nutritionist with a passion for true natural healthcare. He brings 20 years of clinical experience as a practitioner of complementary sports medicine and holistic therapies for athletes and patients dealing with a variety of ailments. Dr. Gangemi’s popular website, sock-doc.com, focuses on a natural approach to injury treatment and prevention for athletes. A six-time finisher of the Hawaii Ironman, Dr. Gangemi teaches his natural health care protocol, Systems Health Care, to doctors and therapists throughout the world. Learn more at systemshealthcare.net and check out drgangemi.com for even more health related articles and info!

Here at Endurance Planet, we look to Steve to give us the low down on all sorts of topics from sports medicine to sports nutrition. You can follow him (and see his love for butter and barefoot living) at @DrGangemi on Instagram.

These are Endurance Planet’s specialists who make sure the podcast gets delivered to you: