‘A Second Chance’ with Janelle Morrison 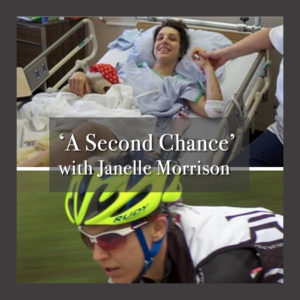 During her career as a pro, Janelle overcame the unspeakable. In 2010, Janelle was in a horrific car accident that quite literally shattered her body. She was told that her racing days were over.

But she defied everything and made an epic comeback to professional triathlon, highlighted by finishing third at Ironman Canada.

Her journey to recovery and back to racing was captured in a new documentary filmed by the Kelly Brothers, which will be officially released March 24, 2015, titled A Second Chance: The Janelle Morrison Story Available on Amazon.

In this interview, we talk with Janelle about the past, the present and the future. Her story is one of the most captivating and unique accounts ever shared on Endurance Planet. It is a truly inspiring tale of finding happiness in the most unconventional of ways.

Read her full bio at janellemorrison.com

HPN 33: #Beetroot vs. Tart Cherry Juice For #Recovery, Latest Research on #Carb Periodization (And Is It Worth It To 'Go Low' Sometimes?), Plus More ow.ly/rfKt50K7o31 @GenUcan