ATC 269: Training for Track with Limited Time, From Overweight to Boston, Fasting on Training Days, and more! 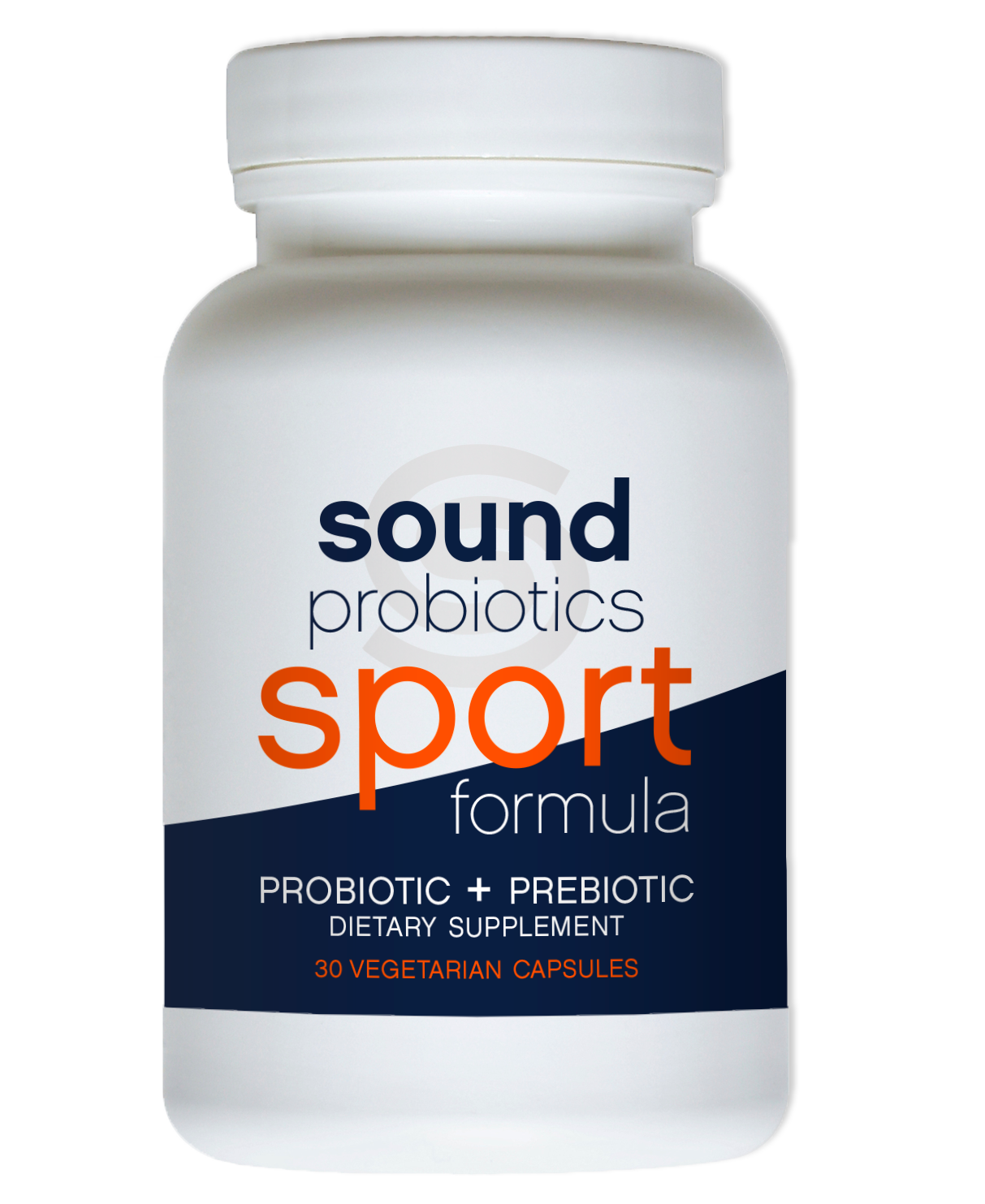 Sound Probiotics is the first pure probiotic plus prebiotic formulated specifically to improve the gut health and immunity of the competitive athlete, for those who train and race simply can’t afford to be sidelined by illness or GI issues, and EP fans save 10% and get free shipping on Sound Probiotics (or head to enduranceplanet.com/probiotc).

In this episode of Ask the Coaches with coach Brock and Lucho, we dive into the following audience questions:

– Shout out to Marko who placed in his age group at the Vancouver Triathlon and said hi to Brock at the finish.
– Brock’s fitness was good for his recent race but his confidence was poor. Relied on confidence from a few years ago… not a great strategy.
– Lucho’s hip is acting up. Taking a break is better than sacrificing being a runner for the rest of his life. In Lucho’s words, “Take off 5 days rather than 5 weeks!”
– Should you exercise when you’re sick? Brock has a lot to say about that here. Lucho says, “Go for it! So long as you’re listening to your body and sticking to MAF.”
– Avoiding sickness after a race: Lucho recommends taking the next day off, while Brock recommends vitamin C

Hi, I am the coach of a small high school track in the spring as well as cross country in the fall and am just wondering how you would structure a 100/200 and if I sell it well a 400-meter sprinters training plan with only say 12 weeks to do it in? Some come in right off of a soccer season and have some good fitness and some did nothing all winter. Also what would be some examples of key workouts in the beginning, mid, and towards the end of the season that you think would be beneficial to the athletes? Basically how to get them faster in such a short amount of time without injuring them. Some have great talent it is just they only show up during the season to run. Not much if at all offseason training.

The second part of the question is, I have a fast girl 100-meter runner that also does cross country in the fall and soccer in winter that has an overall goal to beat the school record in the 100m. As of her sophomore year, she is .19 of a second off. She basically is trying to get just under 13 seconds. She is not too concerned about her cross country times although is great at it, but is just doing it to keep in shape for soccer and track. How do you think I can alter her cross country plan to benefit her for her spring track season without sabotaging too badly her cross country races?

And if there is time how would you structure a high school XC plan with only 12 weeks? I am currently using a Daniels method but with a lot more Base stuff at the beginning and in the summer if they can, then jumping in to a lower mileage version of a 5k plan but starting at Phase 3 out of base and really monitor their recovery. What do you think? They are such short seasons to build if they do not do much work on the offseason. Anyway thanks for all the great advice I am loving the sprint talk.

The coaches say:
– 12 weeks is obviously a short amount of time.
– Some of the athletes will be fine (the active ones) others won’t be.
– Weight room work is key. Work on eccentric and isometric hamstring exercises to prevent injuries. Some good ones include RDLs, nordic curls, Bulgarian split squats, and deadlifts if you have access to a hex or trapbar
– Hill work is important too.
– Periodization is important – from less specific to more.
– Build lactate threshold.
– Don’t coach the distance, coach the runner. Let neurotyping be your guide.
– Don’t over-cue athletes. Let them “run ugly,” which is almost always most efficient for them.
– Enforce daily attendance of practice to foster team support, BUT if an athlete is too tired to do quality speedwork then don’t have them do the key workout after warmup and drills.
– Prioritize a dynamic warmup that includes jumping, drills, and strides.
– Plyometrics are a skill like weight lifting; no need to do anything fancy or too technical. Be careful, as any runners with compromised soft tissue issues will likely suffer.

I was very active growing up and played basketball, football, baseball and ran track (sprinter) in high school. I’m currently 5’9″ and right around 185-190 lbs (this is what I weighed in HS, and I was super lean, for reference). In January of 2017, I was 235 lbs and disgusted with myself. After discovering keto and IF, I quickly lost nearly 50 lbs within about 6 months (by June 2017). During the weight loss period, I was feeling so much better and decided to train and run a half marathon in May of 2017. I started running just 2 months before in March, and was able to run it in 2 hours plus a few seconds, but it left me wanting more. So I trained during that summer for a half in September, and ran a 1:47 on a rolling hilly course and was pretty pleased. But I think this time might have been a bit misleading, as during the summer I was hammering as hard as I could during every run (I had not yet found the show) and I think I might have been over-trained?

Fast forward to the beginning of this year and I decided to train for a marathon towards the end of May, and started training at the end of January. I was only running 4 days a week, at about 25-30 mpw with about 35 mpw at the peak. I felt pretty good on race day, but about 8 of the last 10 miles were straight into a 35 mph headwind and I kind of fell apart and finished in 4:04.

After listening to more of the shows, I decided if I wanted to improve my times I needed to bump up my training volume. Since the marathon, I’ve increased my mileage up to between 40-50 mpw, and am usually running 5-7 days per week. I had been following a training plan to run the same hilly half marathon in September but I found myself being constantly exhausted with 2-3 fairly difficult efforts during a typical week (repeats, tempo runs, etc). So I decided to scrap that plan, strap on the HR monitor and follow MAF for the rest of the year. It’s been good so far but wow so slow (of course).

This is getting long, but ultimately somewhere along this journey, I decided to set a goal of running a BQ time (3:10, don’t care about actually getting picked to go TO Boston) before I hit 40. I don’t know how realistic it is, but it gives me something to shoot for and look long term. I think the standard answer is probably to just keep at MAF until that pace gets down to about 7:30 pace. Coincidentally that’s the pace I just raced a 5k at a few weeks ago, so I know I’ve got a long way to go! I think the poor lifestyle habits of gaining to much weight and drinking too much between the ages of 18-35 have set a large hurdle in front of me to climb. While I think it’s possible, and I know it will be a lot of work to get there, I’m curious your thoughts?

The coaches say:
– It’s going to be a lot of work but it sounds like it will be worth it.
– If you enjoy MAF and are still getting benefits from it, great. Otherwise, there are other ways to train.
– Test your MAF to see if you are still improving.

I am a 22-year-old guy, resting heart rate = ~50, 5’10”, 150 lbs. I’ve been competing in sprint and Olympic triathlons for the last two and a half years and have recently experimented with intermittent fasting (on an 18/6 split) with good results. From my pre-triathlon days, I also developed an affinity for the weight room that I simply can’t bring myself to shake. The question, then, is am I undereating by doing IMF/overtraining with weights? Importantly, I compete mostly for the general fitness aspect- winning or even placing well isn’t especially concerning although certain metrics of purist endurance athletes are valuable to me (e.g. low heart rate, relatively high VO2, etc.)

Dietwise: everything I eat is between noon and 6pm. First meal is 3 soft-boiled eggs, sauteed greens, an avocado, and big, sexy green shake. Dinner is usually some combination of meat, vegetables, and light carbs (e.g. Shepherd’s pie with mashed cauliflower as the top layer).

The coaches say:
– Study: Hypertrophic training in a fasted or in a fed state during Ramadan does not affect body mass and body composition of bodybuilders.
– Study: Untrained young men experience similar strength adaptations whether they eat normally or perform this form of IF.
– Protein intake may be of particular concern for individuals implementing IF and young men beginning a resistance training program. Consider using Amino Acids if this is something you really want to do. 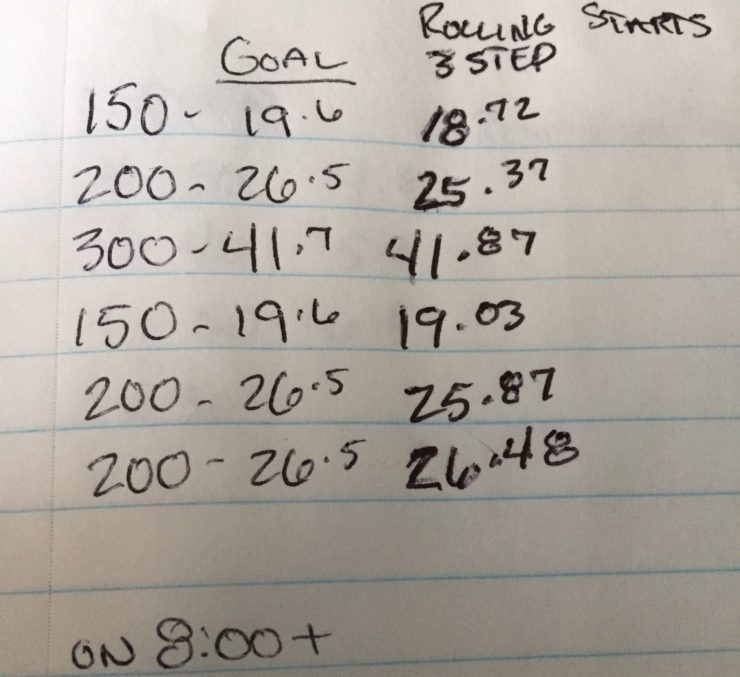 Sock Doc 14: Your #Immune System, Part 1 - What Is It, Blood Markers To Analyze it, How It Can Be Affected by #Toxins and Our #Environment, The Rise of #Autoimmunity, and More ow.ly/zYkQ50H2eaO @GenUcan

HPN 30: Sports #Nutrition and #Wellness Trends in 2021 and Beyond, #LCHF Diets Gain Traction, and Much More! ow.ly/7KzP50GGQe8 @GenUcan