As you can tell from the subject title I have a few things to consider but Ill give you some background first.

I am 47 (48 in 2 weeks!) years old, married with 3 teenage boys and in full-time work. Oh, and I play the bagpipes (I’m sure you’ve discussed piping on the pod before so just thought I would chuck that in there).

I began running when I was about 40 with the whole family joining a local running club.

Since then I have progressed from cross country, dabbled in a few road races (but hate the standard 5k’s and 10k’s), half marathon, marathon, triathlon and now mainly ultras. My marathon PB was 3:06 2 years ago, I managed a top-ten finish in a hilly 38miler last October (5:33) and a 3rd place finish in a night-time lapped course completing 42.7miles (6:29).

I began MAF training 5 months ago mainly using an undulating road from my front door that does involve a couple of hills but I can keep track of my pace running it regularly. I have done 2 MAF tests (HR 133) on track showing improvements and getting to 8:58 pace. Not at an ideal time of day or week, though (Friday evening after a full week’s work so I know I can perform faster at that HR).

I have a “good for age” entry for London marathon this year and was planning to head for sub 3 but have now scratched that in favour of a 53-mile ultra the day before.

The first race this year (I have a few) is a 50km mix between trail and tarmac on March 30th, relatively flat and I would like to be coming in under the 4 hours.

Since the beginning of January I have started to introduce some faster sessions, back with my local club, once/week. They involve a mix of hill reps, fartlek and tempo runs on road. There is a track session, too but I’m not doing those just now.

On my regular MAF 6-10 miler route I did a threshold test a few days ago and came out with a lactate threshold of 175 at a pace of 6:26min/mile.

What I’m wondering is how best to use this info in my training for the flat-ish 50k?

I’m thinking: dump the club sessions just now, train mostly MAF with at least one tempo or even threshold run each week, building up my tempo runs to maybe 15miles. I think I want to look at maintaining a 7:30 pace over the 50k.

I know I should also be doing some strength training, I even have the kettle bells, but don’t get round to it regularly.

I actually entered for this race late in the day after a friend suggested it, now I want to race it! Ultimate goal this year comes in September with the Transalpine Run over 8 days.

PTSD & Fight or Flight During MAF

I have service connected PTSD which makes the MAF method difficult as it’s often next to impossible to control my stress levels. It seems to me that running is associated with the “fight or flight” response and that’s one of many reasons why running’s such a taxing activity. Does the MAF method work by de-training the “fight or flight” response associated with running and control stress levels by taking an activity that is stressful, i.e. running, and retraining the person’s response to it so it’s no longer a stressful act? I’m wondering if that is a true hypothesis and if Dr. Phil has ever done any studies on his method and how it affects persons with PTSD?

My question, shockingly, is about MAF (not math, but also kind of math). Back in November, I decided to give exclusive MAF training a shot in preparation for a May marathon. For context, I had just come off a cycling heavy training season following TrainerRoad training plans, which are very heavy on the intensity.

My first MAF test had me at a 9 minute mile. For the next three months I ran 6-7 hours per week, all at MAF, with one day of cycling, also at MAF, and “microdosing” with strength training and yoga. I felt great. I really enjoyed running at the relaxed pace. But here’s the thing: my paces gradually got slower and slower. By the beginning of February, I had gone from 9min/mile to 10:45. No other symptoms. Eating well, feeling great, just getting slower!

So finally I abandoned exclusive MAF and started an 80/20 approach, following a Matt Fitzgerald marathon plan. My zone 2 happens to coincide with my MAF pace, so all it meant was sprinkling in some intensity. Almost immediately, my paces plummeted back down. I have only been doing the 80/20 training for three weeks, and my MAF pace is already down to about 8:45, two minutes faster than it was three weeks ago. WTMAF??

I am wondering if I am an unusual case, or if a lot of people do need intensity to keep the aerobic system thriving.  Am I missing something? I seem to be getting great results with this 80/20 thing, so I will be sticking with it for now.

I hope that this question can bring some insights to other listeners. Thanks again!

P.s. I know that MAF stands for  maximum aerobic function. Are we supposed to believe it’s just a happy accident that it is the first three letters of a certain someone’s last name? In the countless interviews I have heard with him, I have never heard that acknowledged!

Where to Race Track & Field?

I found the Endurance Planet podcast just about a year ago and fell in love with it, especially the Ask The Coaches episodes.  I had a quick question that isn’t really for one of the episodes but more for my own curiosity. Lucho has been talking about the track sprints he has been concentrating on and I would like to transition for a year from endurance events to the shorter (100m and 200m) track events.  Where do you find these events? I know of 10 different sites to find endurance events but the only one I’ve found so far for adult track is the USATF.org calendar which doesn’t have much on it. If you have some links to shoot out I would greatly appreciate it. I’m in the Cleveland, OH area and would travel around the great lakes region to find events. 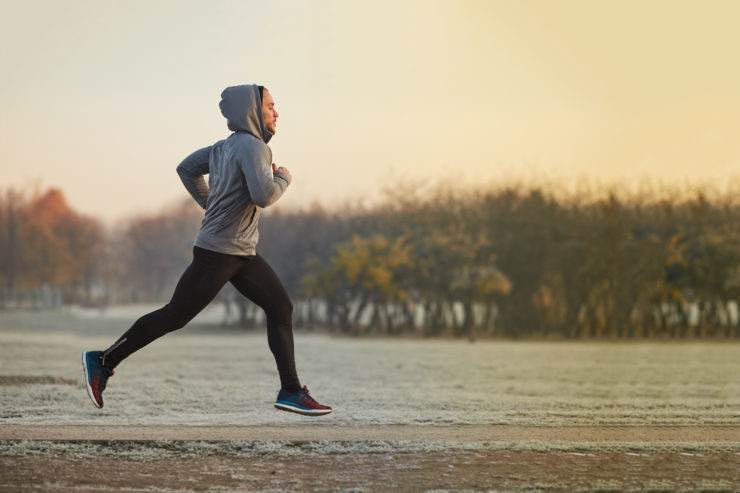