ATC 285: Is There An Optimal Cycling Cadence? Plus: Finding Your Tempo Pace, Marathon Debrief and Olympic Tri PR Tips

Brett Sutton has been posting about his views on cycling cadence in triathlon (for example, here: https://team.homeoftriathlon.ch/en/teams/home-of-triathlon/blog/do-you-want-to-ride-faster).  In a nutshell, he says that everybody other than professional cyclists should pedal with a lower cadence than 90 rpm, because it’s too difficult for those who did not grow up racing bikes to pedal at 90 rpm and because it’s somehow less efficient.  In the linked post, he “backs it up” with a more developed piece by one of his coaches and a one-time pro cyclist, Cameron Watt (http://blog.trisutto.com/the-great-cadence-debate/), who attempts to put physics behind that idea, essentially saying the higher the watts you are pushing, the higher your cadence.

Frankly, none of that makes any sense to me.  For one, I don’t recall ever having trouble pedaling at 90 rpm and in fact tend to go higher during focused efforts.

In Watt’s article, he at one point talks about track sprinters who are pushing massive watts and cadence and says, see their cadence is high because their watts are.  That makes no sense. The reason track cyclists have a very high cadence is because they are riding a fixed gear bike and increasing cadence is the only means of accelerating.  Sprinters have to strike a balance between selecting a massive gear for the final kick and having a reasonable ratio so that they can get up to speed reasonably quickly at the start.

Further, to take Sutton/Watt’s argument to its logical conclusion, shouldn’t we also run with a lower cadence too?

1. The Effect of Pedaling Cadence on Skeletal Muscle Oxygenation During Cycling at Moderate Exercise Intensity.

New study (Feb 2019) on 9 recreational cyclists, found over 90 rpm less efficient. But these were not trained athletes.

They exercised at a power output equal to Tvent, pedaling at cadences of 40, 50, 60, 70, 80 and 90 rpm, each for 4 min. Tissue saturation index (TSI), a measure of vastus lateralis oxygenation, decreased from rest to exercise; the magnitude of this TSI reduction was significantly greater when pedaling at 90 rpm (−14±4%), compared to pedaling at 40 (−12±3%) and 50 (−12±3%) rpm (P=0.027 and 0.017, respectively). Albeit small, the significant decrease in TSI at increased cadence recorded in this study suggests that skeletal muscle oxygenation is relatively more affected by high cadence when exercise intensity is close to Tvent.

2. The effect of cadence on cycling efficiency and local tissue oxygenation.

Study on 14 Trained triathletes/cyclists. They tested 60, 80, 100 rpm tested in 8 min trials and found that they had higher efficiency and economy at lower cadences.

It was concluded that:

A practical application of these findings is that a cadence of 60 rpm may be advantageous for performance in moderately trained athletes in contrast to higher cadences currently popular among elite cyclists.

3. The association between cycling experience and preferred and most economical cadences.

This article cites studies that show:

Six college-aged cyclists each performed six sessions of heavy pedaling exercise at individually selected work rates based on their aerobic capacity. The optimal pedaling rate was evaluated on the basis of minimal neuromuscular fatigue.

Hi Lucho and Tawnee, First time, long time as they say on all the best radio shows. Your podcasts have helped me get through many grueling workouts and I believe because I use predominantly MAF in my runs, I am rarely injured these days (touch wood).

I’m 48 with a decent athletic background. I’ve run a few marathons and completed 5 Ironman races in my early 40s. I took a step back from the sport as I went through a divorce and wanted to focus more on my kids and work. I’m aiming for an Olympic Triathlon PR of 2:30 (best was 2:37 5 years ago). It is in late June on a reasonably flat course.

Currently weight 250 lbs, aiming for a race weight of 240 lbs. I’ve got a decent base from the winter, now I’m aiming to get in great race shape.

I think I’ve got my swim covered as I do 3 Masters classes per week.

I do 4-6 hours of hilly biking per week, as my schedule permits.

I’m doing a sprint a month before the race, and I also work out with a trainer for strength work once per week.

Any advice for me and for any other bigger guys/gals who love the sport of triathlon?

My name is Sol. Yes, the same (male!) Sol whose question Lucho answered a year ago regarding periodising training for a marathon over the course of an entire year. I’ll happily report that the training went perfectly (with no niggles) and the debut race more perfectly with a 2.59 finish. I felt strong and comfortable throughout and paced it very evenly with the fastest and slowest splits within 10 seconds of the mean.  I have to say here too that Dr Maf’s and Tawnee’s idea of using honey as fuel worked a treat!

Question 1. During training my long MP tempo efforts equalled 160bpm. During the race, however, for the most part (between mile 3 and mile 19, after which it began the upward creep), my heart rate hovered around 154 bpm. Does that mean that I was running easier than I was capable and could have sped up to 160 intensity?

Also, what might be the explanation of the first three miles’ HR being more elevated at 160 before dropping to 154? (Could it be the lack of a proper warm up? I ran 1.6 miles as a WU). This has happened before at other races.

As an aside, I have heard Dr Maffetone saying on the podcast that a marathon can be raced 10-15 seconds faster than MAF pace. The thing is, my MAF (130-140bpm) pace is only 7.50 ish, yet I raced a minute per mile faster!  How was that possible? Or are there caveats to the Dr’s rule? 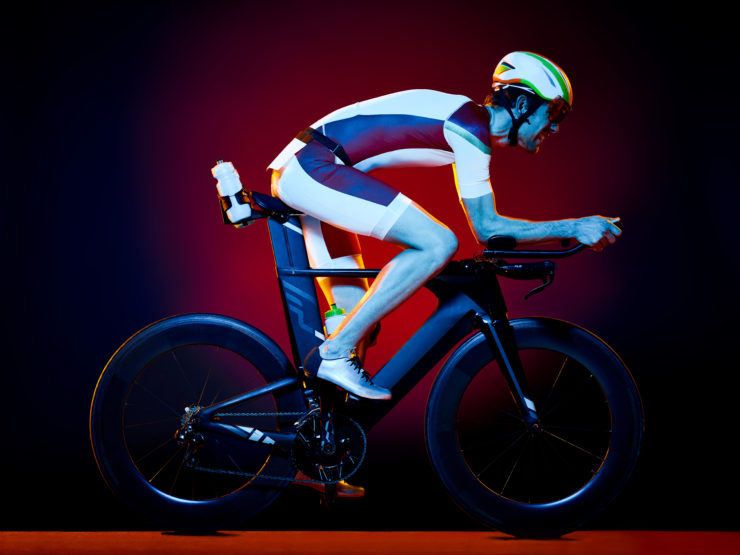