ATC 292: Is Your Stride Rate Helping or Hurting Your Run Economy? Plus: Boosting Neuromuscular Fitness, Safety in Numbers, and More

You hear us talk about
UCAN all the time. Many of our athletes and listeners swear by it. How about you? Maybe you’re ready to try UCAN but don’t know where to start? We have the perfect solution: Click here to get 50% off your UCAN Tri Starter pack. The Tri Starter Pack includes a sample of all the best UCAN products for just $17.50, normally $35. This deal is exclusive to our EP audience and not offered to the general public. It won’t last forever so take advantage while it’s here!

Tartaruga et al. (43) found that 28% of the variability in RE could be explained by step frequency.

It seems that an optimal (i.e., most economical) step frequency of approximately 180 s·min21 is observed in elite distance runners.

de Ruiter et al. (38) found that both novice and trained runners self-selected stride frequencies that were, respectively, 9% and 3% lower than optimal.

Numerous studies have noted that spatiotemporal gait parameters affect RE.

22 Female runners who had (a) a 5-km personal record time between 17 and 22 minutes within the last year; (b) been running regularly for at least 5 years; and (c) a current step frequency ,176 s·min21 were recruited for this study.

Before running, the foot switch was attached, and the metronome was set to 180 b·min and used to help subjects run at this step frequency. The foot switch equipped data acquisition system provided real-time step frequencies, and the subjects were cued if they needed to increase or decrease step frequency. Subjects were encouraged to remember each training session and try to replicate the 180 s·min during daily training runs that took place after the treadmill training session.

I am a 28 year old male and have been a triathlete for 5 years. I grew up a swimmer, then packed on weight (good and bad) to play football in college. I’ve since lost the weight and am in good fitness overall. I specialize at the swim and bike as a result of my years of swimming and weight training, but my run is definitely my weak link.

I swam from about 5-17 years old and did very few sports that involved running before high school, leading me to think that maybe I’ve just not developed my CNS enough for my running to reach the same level as my swim and bike. I happen to live next to a beautiful and long beach and plenty of cross country trails. Do you think that it would be worth the time to do a run every other week on the sand or trails to try and stimulate my brain to muscle connection more? Or would I be better off using that time for a quality session at the track?

Typically I do a long run on the weekend, 1 recovery run, 1 track workout and 1 aerobic run per week. Maybe I swap my recovery run with an easy beach or trail run? I don’t swim often, and my bike structure roughly mimics the run.

Also, if I’m training purely for sprints and Olympic do I even need a “long” bike and run? I tend to keep those long efforts at 2-3 hours at most during sprint/olympic training seasons.

I have been struggling to find a good method to run with my partner when there is a significant speed difference between us (6:30 min/mi vs 10 min/mile).  I am curious if you guys have any suggestions for ways to run together where we can both get a good workout in. I bit more important info. My partner has a tough time running alone due to anxiety and although I regularly encourage her to train with others, she has not found any friends that she is comfortable running with since we have lived together.

I saw a youtube video recommending a two nose in two mouth out belly breathing while running. Any thoughts? I do 3 miles technical trail on Tues, either 6 200m sprint intervals or 6 100m hill repeats on Wed, 4-5 miles on Friday and 8to -10 miles on Sunday.( working up 13 )  Had angioplasty April 25 to clean out the artery in my right leg and am running much better. I mow 3 lawns a day Mon- Fri.I do 30 min mobility on Mon, Thurs and Sat. I’m trying to work in two days of strength work but not sure when, as I don’t like to lift the night before I run. I’ve tried to lift Sunday after my long run, but It’s tough. I’m 82. Thanks, Kieth Mason, Georgetown, TX 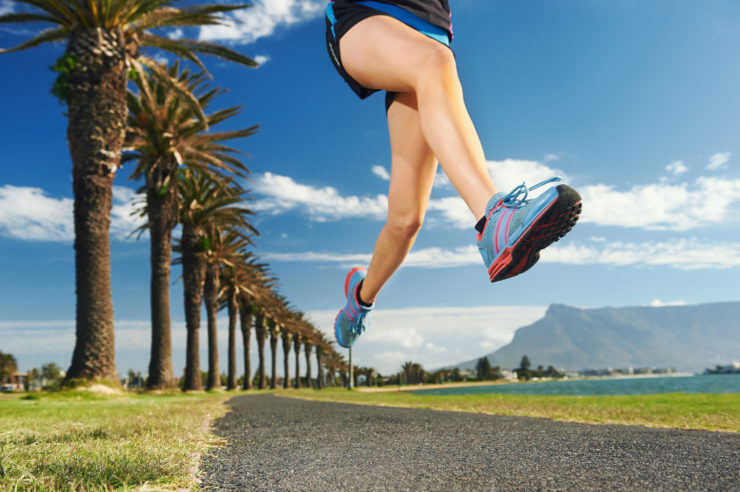