ATC 304: Do Runners Really Work 30% Harder on Curved Non-Motorized Treadmills vs. Traditional Flat Treadmills? Plus: Running After Meniscus Surgery, How To Push Heart Rate While Cycling, and More

You hear us talk about
UCAN all the time. Many of our athletes and listeners swear by it. How about you? Maybe you’re ready to try UCAN but don’t know where to start? We have the perfect solution: Click here to get more than 50% off your UCAN Tri Starter pack. The Tri Starter Pack includes a sample of all the best UCAN products for just $15, normally $30. This deal is exclusive to our EP audience and not offered to the general public. It won’t last forever so take advantage while it’s here!

And for all your regular UCAN shopping: EP fans get 15% off UCAN, just click the UCAN link to activate the discount or use code “enduranceplanet19” if you’re shopping at generationucan.com for that same 15% discount.

Curved treadmills- are they harder, same, worse and should we tailor workouts?

Thank you for the fantastic podcast and recommendations.  Due to various reasons many of us will be running on treadmills this upcoming season.  While nothing is a perfect match for outdoor running as outdoor running itself, Curved Manual Treadmills are being promoted by many as closer and more realistic than flat, motorized treadmills. Additionally, there are claims that it can help promote better running form and better use of posterior muscles (https://www.mdpi.com/2075-4663/6/3/58/htm).  I was hoping to get your opinion.  There are some differences between the brands such as maximum curvature, curve radius and belt friction which at least one manufacturer says makes a difference.  I also know Dr. Mark Cucuzzella has a couple set up in his store and I trust his opinion.

4) Runners World had an article that cherry picked a study and suggests another that is being worked on saying running on a CMT is similar to running on a regular treadmill at 8% incline: https://www.runnersworld.com/training/a20950925/you-are-working-harder-on-a-curved-treadmill/

Some people I know say that to account for this difficulty, they adjust their workouts by 20% as suggested in the above linked RW article.  (I.e. they mark their distance as 20% greater than what the treadmill says and since their workout duration is constant their pace is increased by 20%.  To me, this seems like cheating but the couple of runners I spoke with says that this is almost a perfect match for their RPE and running outdoors.)

Here is a nice review article from simplifaster: https://simplifaster.com/articles/curved-treadmills-pros-cons/

This brings me to a couple of questions:

1) We have all heard of “live high, train low”.  Is training on a CMT the opposite and thus counterproductive?

2) If our goal is to run long distance, isn’t it counterproductive to work at higher metabolic cost?  Don’t we want to be as efficient as possible? Or am I not thinking about this correctly?

3) Do you think we should adjust our workouts similar to previously stated if running on a CMT?

4) If we are going to do Treadmill Running, what are your thoughts on CMT vs traditional flat, motorized treadmill running?

I find that with my current motorized flat treadmill that it feels my deck gets a bit unstable and bouncy as I approach 12 mph (5:00 min/mile) on short intervals.  I did brief test runs on 3 different manufacturers of CMTs (and I do notice differences between them) and did not experience any of the unstableness and felt very comfortable at the higher speeds.  I also like the idea of quick acceleration/deceleration of the CMT and you self select the pace instead of running at treadmill defined pace.

I’m 60. Been a cyclist for decades. Raced CatIV and masters, Sport class mountain bike for about 10 years.  Started running 3 years ago and have done a couple Oly and 1/2 distance Tri’s

Developed knee pain last year and eventually had my knee scoped (after 9 months of working with a PT) I was shocked when the surgeon told me that he’d removed ‘about 70%’ of my medical meniscus.

I want to start running again, but the information I find about the subject seems to be all over the road.

What do you guys say?

Low cadence and low HR on bike- too low?

My wife has a very low cadence and HR while cycling.
Her cadence while cycling is between 50 and 60 rpm and HR is below 110bpm.
Her heart rate on the run is much higher – 150-170bmp for an easy run and 190 and higher when doing intervals.
She has been running regularly for 7 years (3-5 times a week).
She has been cycling for 5 years, but without much consistency. There were times when she did 2-3 rides a week and times when she hasn’t been cycling for 4 months.
First question:
Is this an issue that her cadence is so low? I know that lower cadence is less taxing on the cardiovascular system and some coaches recommend lower cadences for people.
Second question:
How to increase the cadence. She says that it’s uncomfortable for her to bring the cadence up. Would just cycling more regularly increase her cadence? Or do we need to incorporate some drills or fast cadence bursts (with low resistance)?
I remember when I started cycling my cadence was never so low – it was around 80-90.
Thanks, for a great podcast. Have been listening during my workouts for over 5 years.
Piotrek (Polish equivalent of Peter, don’t worry if you can’t pronounce it 😉 ) 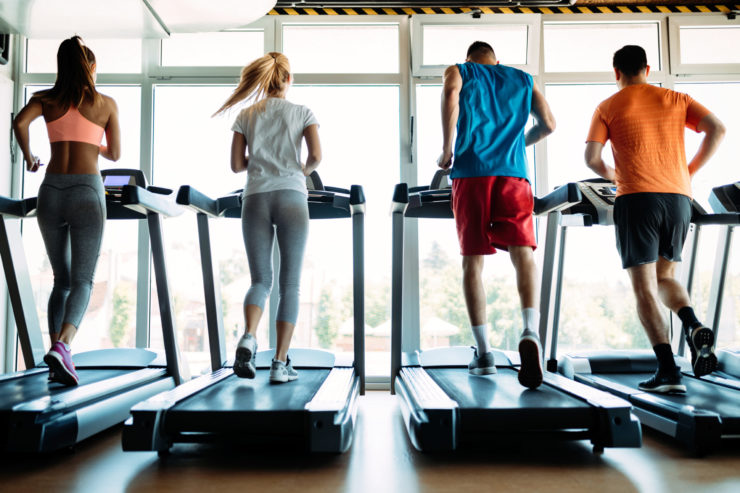