ATC 318: The Link Between Libido and Intensity, ‘Mistakes’ That Could Sabotage Runs, and More

This episode is brought to you by
UCAN Superstarch, the fat-burning fuel of choice for endurance athletes and health enthusiasts. UCAN now has two new flavors of energy bars for you to try—salted peanut butter and chocolate almond butter—and new energy powders enhanced with your choice of plant-based pea protein or whey protein, each option packing 20g protein per serving! EP fans get 15% off UCAN, click to activate your discount and shop now. You can also use the code ENDURANCEPLANET if you’re shopping at ucan.co for that same 15% discount.

Intensity work and sex drive: Is there a correlation?

Good day. Thank you again for the podcast and the willingness to answer our questions.  I did my high intensity work today and even though it didn’t go as well as planned I felt pretty good about myself and my sex drive was elevated.  I had noticed this in the past: higher intensity work equates to feeling better and higher drive.  I tend to have the opposite feeling with long runs as they tend to drain and take away from me.  Is this a normal feeling?  Does it have to do with hormones? Is it neurotyping?

I did everything wrong, but what was the worst thing?

I live in the desert at 4,300 feet and regularly run trails up to 10,000 feet — and occasionally up to 14,000. I’ve run the Grand Canyon Rim to Rim twice. So I’m no stranger to the conditions that led to the following incident.

I drove to the South Rim of the Grand Canyon to run the Rim Trail out and back to see the sunset — 6.8 miles each way. The temperature was below 80 degrees, which seemed perfect. Maybe that’s why I didn’t prepare or even do the run intelligently. The night before, I had a couple of beers. The day of, I had a pint of ice cream and some potato chips for lunch. Then there was a 30-minute nap.

I began at 5pm. I ran to Hermit’s Rest without drinking any water or eating anything. At Hermit’s Rest, I drank a liter of water and ate an F-Bomb, then started back. That’s when the shit hit the fan. About a mile in, my calves started feeling fatigued. I switched to walking/running/walking/running. The calves got worse. The muscles felt so depleted that I walked more and more slowly. When I would stop to stretch them, they would cramp. By then it was dark, and I worried that I might be sleeping outside that night. The pain in my calves and up into the backs of my knees was intense — never felt that before.

Now, the post-mortem: I admit that my pre-run diet was shitty. But the run was less than 14 miles at a fairly constant 7,000-foot elevation — no big deal. One thing I’m wondering about is this: I almost always wear compression tights when I run, in part so I don’t have to smear sunblock on my legs. This time, however, I wore non-compression shorts and plastered SPF 100 on my lower legs and the backs of my knees.

Could there be something in the sunblock that was absorbed through my skin?
Was it just lack of water and electrolytes?
Was it a combination of stupid decisions?

Love the show — even if you say I’m an idiot! 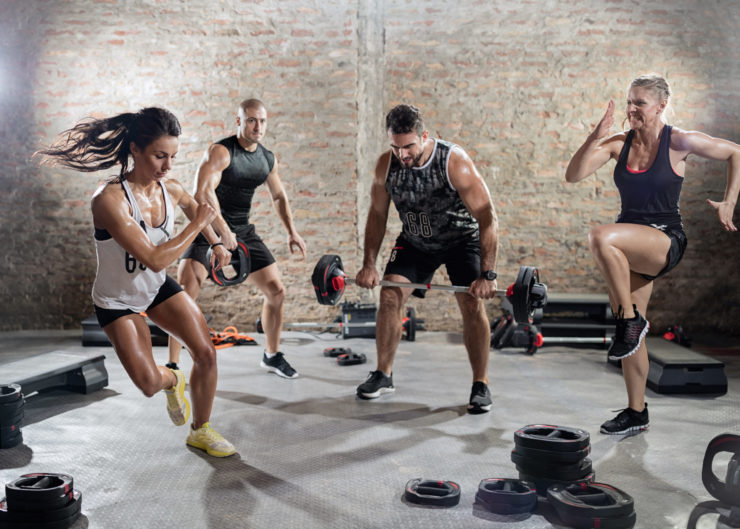