Mirinda Carfrae: On Winning Her Third Ironman World Championship Title, Making Up One of the Largest Deficits Ever, What’s Next, and More

Polar, find out more at enduranceplanet.com/polar,
– and –
Bonk Breaker Nutrition, the Official bar of IRONMAN and Rinny’s fuel of choice that helped lead her to her third title. 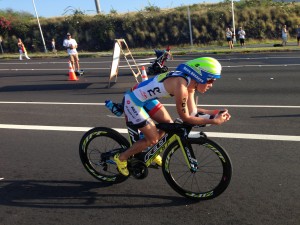 Just 48 hours after the IM World Championships, we sat down with Mirinda “Rinny” Carfrae in her Kona condo to chat about her epic win — her third World Champion title in which she had to overcome one of the largest deficits in history to defend her title, escalating herself to legendary status as one of the few women who have more than two titles at Kona, not to mention back-to-back wins.

Rinny ran a 2:50:26 off the bike, breaking her own run course record set last year (in 2013 she also won and set the overall women’s course record), while also making up enough spots to put her in the lead and win by about 2 minutes in front of Daniela Ryf and Rachel Joyce.

In this interview we get all the details on Rinny’s day including: 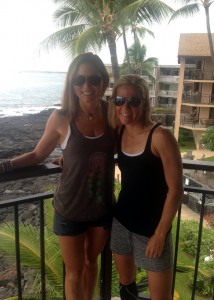