Our Kona coverage continues with two legend of the sport, six-time Ironman World Champion Mark Allen and Ironman Champion Tim O’Donnell, who’s fresh off a third-place finish in Kona. Both of today’s guests have made appearances on EP before: Click here for Mark’s appearances; and TO’s visit here.

On this show you’ll learn what went into TO’s podium performance with Mark as his coach, including what was needed to make a comeback after a disappointing day in 2014:

– Why TO hired Mark as a coach including his goals for longevity and to avoid overtraining
– TO’s 2014 race in Kona was not a good day and ended with TO in 32nd – what happened that day? (In 2013, he had been 5th)
– After Tim’s 2014 race what did Mark think, and what did he see that needed more work or change?
– “Holes in TO’s physiology” that Mark honed in on to fix
– The increase in aerobic training/MAF Method
– How did TO adjust and handle Mark’s approach to the coaching program? How did it differ from what he had done in past training?
– A careful balance between aerobic base work and race-simulation intensity
– Strategically and progressively adding in race specific intensity (2-month kona-specific phase)
– Developing better fat metabolism via the aerobic training
– Nutrition strategies, and discussing TO’s tried and trusted nutrition plan
– Mark’s take on nutrition for pro’s vs. age groupers
– TO’s race nutrition breakdown: what he ate for breakfast, during the bike and on the run (80-85g/CHO an hour on the bike @ ~73kg bodyweight)
– The 2015 IMWC race plan & execution
– TO breaks down his 2015 performance including when he pulled into 1st on the bike and what was going through his head
– TO’s 2:55 marathon and that final pass by Andy Raelert
– And… finishing 3rd. ‘Merica!
– Back to the drawing board for 2016 – what will they work on next for Kona’s to come…
– and more!

For more of Tim’s race history and results click here. 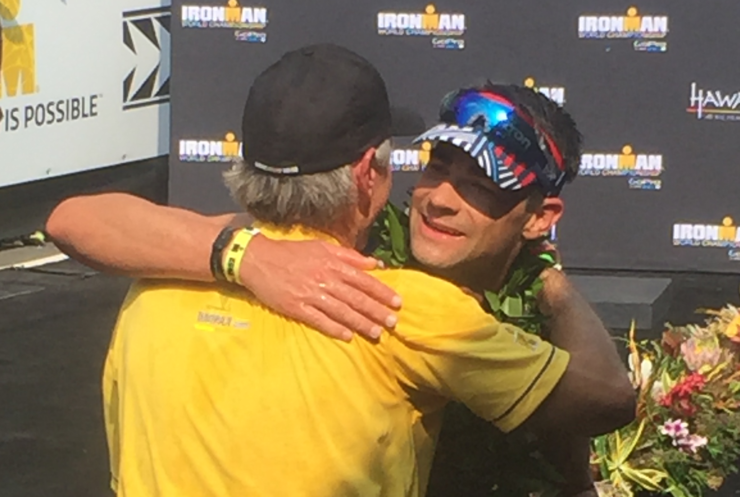