Zach Bitter: Overcoming Obstacles in Ultra, Sports Nutrition for a LCHF Ultrarunner, How to Recover After Going Long and More 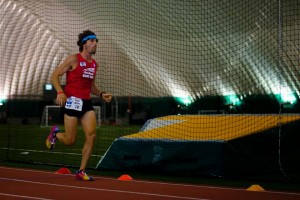 Recently Zach Bitter set out to break the 100-Mile World Record during Six Days in the Dome, but his stomach had other plans. Zach faced nutritional woes but still completed his 100 miles in 12:08, not enough to break the 11:28 record. In this show we’ll hear that story and how he coped.

Plus more including:
–Zach’s previous appearance on the podcast
-The track Zach raced on in a dome in Alaska, and other racing going on
-Race recap including the saga of the bathroom stops
-Was it something he ate?!
-Zach’s planned race nutrition using banana chips in coconut oil as he has before, and how that changed
-Fueling with Mountain Dew, Swedish Fish and/or Vespa
-Thoughts on using sugary fuels as an LCHF athlete and how that affects his performance, fat adaptation, health, etc
-Living life to the fullest now, even if it means knocking years off life down the road
-A smart approach to recovery from ultras – including muscles, intensity during recovery, and healing the endocrine system
–Mention of Tom Sperduto 100 miles Later Portraits