Endurance Planet’s Week of Kona coverage is brought to you by Polar, leaders in heart rate monitor and fitness-assessment technology.
Find out more at enduranceplanet.com/polar. 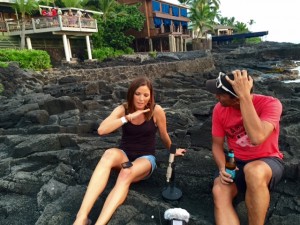 Tawnee sat down with two-time Ironman World Champ Macca on the lava rocks at sunset, Wednesday just outside the Clif House to grab a chat on the pro men’s race for this year’s 2014 Ironman World Championships. Not only do we get some great insight from Macca on the men’s field this year but also Macca’s overall insight on the dynamics of the men’s race including the psychology, reliving his years when he raced in Kona.

Among the men discussed (with Macca’s podium picks) are:

Macca also opens up about coaching pro Caroline Steffen to give her exactly what she needs to finally win this race after a pair of second and third finishes each in past years!

Click here for an in-depth preview of the women’s pro race with Hillary Biscay. 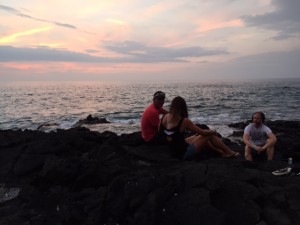