Hillary Biscay: Previewing the Women’s Pro Field at the Ironman World Championships with Predications, Plus: Thoughts on Equality Issues and More

Endurance Planet’s Week of Kona coverage is brought to you by Polar, leaders in heart rate monitor and fitness-assessment technology.
Find out more at enduranceplanet.com/polar. 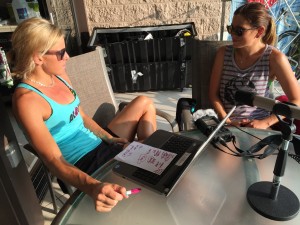 We are joined (again!) in Kona by professional triathlete, coach and businesswoman Hillary Biscay to get her expertise on the top pro women racing Kona this year. Get all the inside information you need on which women to watch and who’s on fire for this year’s Ironman World Championships taking place Saturday, Oct. 11.

The women we discuss:

We also hear Hillary’s take on the IM Kona equality issues including the number of pro men and women who should be allowed to race here.

Hillary is the current Ultraman World Champion, a title earned last year. We caught up with Hillary shortly after that victory. Hillary has 66 Ironman finishes to her name (three in 2014). She’s not racing Kona this year, but her husband, Maik Twelsik, will make his return to the men’s pro field in Hawaii this year, and Hillary also has six of her coached athletes racing as well. If that’s not enough, Hillary will be working at the expo and doing a bunch for Smashfest Queen, her triathlon, running, cycling and fitness apparel brand.